Top 10 Healthiest Cities In The U.S

The location of your home can have a huge impact on how healthy your lifestyle is because of the availability of exercise, healthy food, and cultural pressure.  Our team utilized the American College of Sports Medicine’s most recent American Fitness Index where they assessed the fitness levels of 100 American cities.  We utilized that tool as well as personal experience, surveys, and expert interviews to put together our list of the top 10 healthiest cities in the United States.

Our list takes into account a variety of different factors such as what percentage of residents reach the federally recommended fitness levels, what percentage of residents walk or cycle to work, the availability of gyms, how prominent physical activity communities are in the area, the availability of healthy dining options, and other factors to rank these cities.

Without further ado, please read through the list to see if your city ranks in our top 10 list

Portland starts out our list as the 10th healthiest city in America.  The city invest heavily on their park system with an estimate of park spending at $380 per resident.  This in a combination of an estimate of 12% of the population biking or walking to work on a daily basis.  Residents of Portland value the time they get to spend outdoors as well as the time they get to spend exercising.  With a large percentage of the population taking part in races and weekly organized fitness classes. We were shocked with how popular gyms are in this area.

Denver brings in the number 9 position on our list because of the sheer number of athletes from this area.  A recent poll revealed that roughly 85% of residents of Denver workout at least one time per week at the gym.  This number doesn’t even bring into account the individuals who walk or bike to work for daily exercise. Denver has proven that it’s residents care about their health and this is proven by a significantly lower average body mass index (BMI) compared to the national average.

Minneapolis rounds out the number 8 spot on our list because of their overall determination for healthy living.  They are currently ranked number 3 for cities with the lowest blood pressure and this might have something to do with their nationally renowned organic farmers market.  This allows the residents to find healthy and fresh food for a great price. Minneapolis has also been ranked in the top 5 for best cities to own a bike in by a variety of different publications.

Raleigh jumps in at the number 7 position on our list because of their overall outlook on healthy living.  Recent surveys estimate that roughly 76% of residents workout at a gym at least one time per week. This is drastically higher than the national average and the overall popularity of high intensity interval training (HIIT) in the area has recently had source claiming Raleigh to be the HIIT capital of the U.S.  Raleigh also has one of the lowest amounts of smokers per capita compared to other cities in the Southeast. 58% of residents will attend a spa or beauty service at least 4 times are year which exemplifies the importance of health and beauty in the area. We absolutely love a few of the local walking parks in the area such as the NC Art Museum which has a beautiful walking trail that is often filled with runners and cyclists.

The northwest city of Seattle comes in at our number 6 position because of their absolute love for exercise.  Group fitness classes are incredibly popular in the area and it is common to see group fitness classes in the public parks in the mornings.  With an estimate of over 80% of residents working out at least one time a week they are far superior than the national average. Along with working out, over 70% of residents receive yearly health checkups which is nearly double compared to other cities in the area.  Seattle is also one of the most well rested cities in the entire country with a large majority of the city receiving well over seven hours of sleep per night.

Austin, Texas steals the number 5 spot on our list because of a cultural influence that highly support exercise.  In the past few years or so Austin, Texas has been the home of exercise related startup companies such as Onnit. These companies help bring fitness products as well as high quality gyms to the area which promotes a culture that loves fitness.  It is common to see group fitness classes in the Austin area, with yoga classes and Olympic lifting classes being incredibly common.

The Nation’s capital is the city that takes the number 4 spot because of their love for fitness and healthy living.  Washington, D.C actually leads the nation when it comes to having the lowest Body Mass Index (BMI). Their BMI average is significantly lower than the national average and provides a great example of how important health and fitness is for the residents.  D.C residents spend an average of $63/month on health and beauty services. This is nearly 30% higher than the national average per month. D.C residents are always frequent gym goes with roughly 80% of residents attending the gym at least one time per week.

A culture focused on health and fitness has helped San Francisco claim the number 3 spot on our list.  SF as a city consumes more fruits and vegetables than nearly any other city in the nation but they also have the most amount of health and wellness business per capita in the nation.  All of these businesses and startup companies in the health industry has helped residents stay fit and meet their health goals. We believe that this has created a positive cultural attitude that places health as one of the most important things for residents.  This is demonstrated by the popularity of workout breaks during work hours as well as group fitness classes such as Crossfit and Zumba.

Atlanta is one of the fastest growing major cities in the southeast region and this movement is also true for how often they exercise.  Atlanta is considered the second healthiest city in the U.S on our list because of the incredible fitness atmosphere in ATL. With fitness and wellness businesses starting up at an incredible rate it is easy to understand why so many fitness influencers and health minded individuals are flocking to the area.  With over 85% of residents exercising on a weekly basis they are own of the leading cities when it comes to the amount of exercise. Atlanta deserves this position on our list because of their high rankings in a variety of different factors such as average Body Mass Index (BMI), % of residents who exercise per week, the total number of wellness businesses, popularity of group workouts, availability of healthy food, and other factors.  Atlanta seems to have it all when it comes to healthy living.

If you have been to Miami in recent years than you may have guessed that it would be the number one healthiest city in the United States.  The residents of Miami spend more money and more time per week on health and wellness services and activities than nearly any other city in the world.  There is a huge cultural preference for wellness and weekly exercise that is difficult to rival in any other city. Miami is also one of the most well rested cities in the U.S with a large majority of its residents receiving nearly 8 hours of rest per night.  Group fitness is incredibly popular in the area with new gyms and group workout events popping up all the time. It is common to see group workout and friends running on the beach nearly every morning. The weather is typically warm year round which helps with outdoor group fitness classes.  There isn’t an off-season when it comes to fitness in the Miami area.

We would like to thank you for taking the time to read our article about the healthiest cities in the United States.  We would love it if you shared our article to provide your friends and family to see if their city is on the top 10 list.  For more health related articles take a look at our health article section.

Check Out Our Other Articles

Obesity has been a great challenge to overcome for the contemporary world. The rise in the popularity of soda drinks, junk food, and extended work END_OF_DOCUMENT_TOKEN_TO_BE_REPLACED

What You Need to Know To Start Healthy Eating Habits

No one is born with good eating habits, it’s all learned over time. It starts from your childhood and the habits of your parents and END_OF_DOCUMENT_TOKEN_TO_BE_REPLACED

Learn How To Smoke Cigars

Smoking cigars may not be the healthiest option for individuals, but many experts believe that is much healthier compared to smoking cigarette because you aren't END_OF_DOCUMENT_TOKEN_TO_BE_REPLACED

How Do You Know Who the Right Attorney Is for Your Case?

Some issues require legal intervention. For the filing of a lawsuit, the input of an advocate cannot be underestimated. The field of law is wide END_OF_DOCUMENT_TOKEN_TO_BE_REPLACED 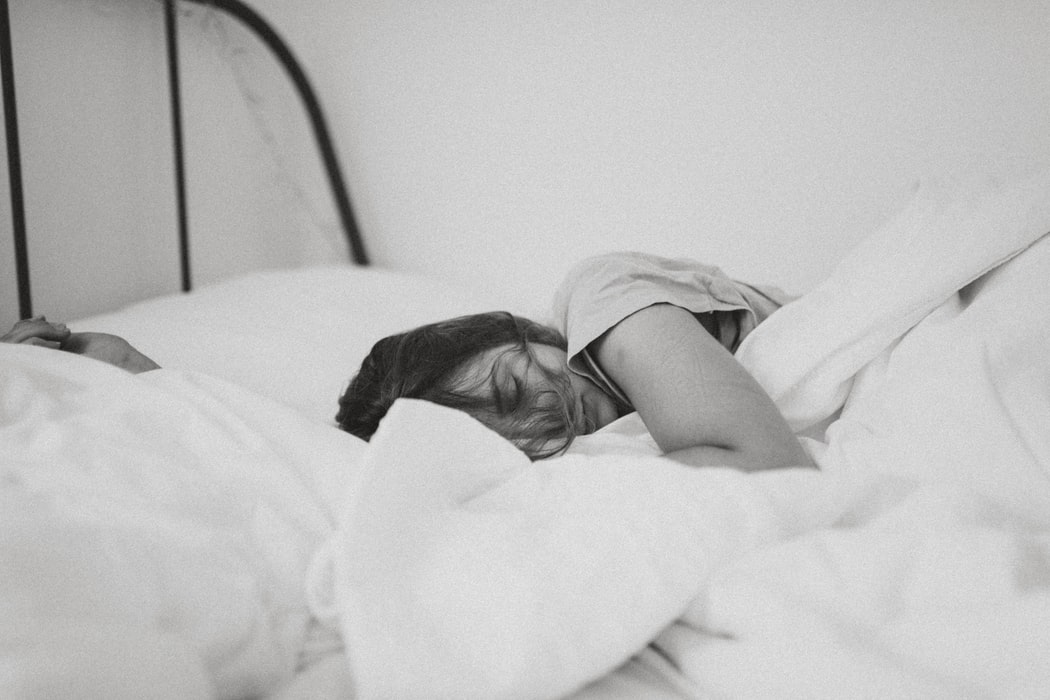 How to Easily Improve the Quality of Your Sleep

Your sleeping habits play a pivotal part in how your feeling throughout the day and impact both your mental and physical health. Having a terrible END_OF_DOCUMENT_TOKEN_TO_BE_REPLACED

6 Signs Of Hormonal Imbalance Every Guy Should Know

Hormones act as the body’s chemical messengers. These powerful chemicals are produced in the endocrine glands and travel around your bloodstream, issuing instructions to your END_OF_DOCUMENT_TOKEN_TO_BE_REPLACED

Why You Should Invest in a Sofa You Will Love

Some homeowners don't believe that investing in the right sofa will make their lives any easier. On the other side, many families see the couch END_OF_DOCUMENT_TOKEN_TO_BE_REPLACED

Scoliosis is the curving of the spine, making one feel back and neck pains. Most people undergo this pain during their adolescent stage, while others END_OF_DOCUMENT_TOKEN_TO_BE_REPLACED

Top Risk-Free Online Betting Sites: All You Need To Know

Online gambling is becoming more common than you think. It’s mostly thanks to the fact that the pandemic is keeping people off of casinos in END_OF_DOCUMENT_TOKEN_TO_BE_REPLACED

What You Should Know About Driving Irons

Having the right equipment is one of the most important things when you are on a golf course. You cannot use the same club for END_OF_DOCUMENT_TOKEN_TO_BE_REPLACED

How To Easily Find Good Tips For Your Workouts

The effectiveness of workouts depends on the guidance you have and the materials at your disposal. While workouts are crucial in maintaining health and fitness, END_OF_DOCUMENT_TOKEN_TO_BE_REPLACED

How To Benefit From Your Everyday Physical Activities

Whether you are a gym buff who works out every day, or someone struggling to partake in physical activity, there are small and easy steps END_OF_DOCUMENT_TOKEN_TO_BE_REPLACED

Top Risk-Free Online Betting Sites: All You Need To Know

What Should You Look For In A Cosmetic Dentist

The Different Ways To Fix Your Teeth Without Resorting To Braces

All You Need to Know About Back Acne